I have been reading up over this summer on the infamous man-in-the-middle (MITM) attack. Wikipedia defines an MITM attack as:

an attack where the attacker secretly relays and possibly alters the communications between two parties who believe they are directly communicating with each other.

The attacker puts itself between two parties to eavesdrop and alter the traffic. In this blog, we will understand how a MITM attack works. We will then discuss, how TLS (Transport Layer Security) tries to reduce the risk of a MITM attack. We will also explore how mTLS can help us to further secure communication.

For a long time, I had the wrong notion of how machines communicate over the internet. I conveniently assumed it to be point-to-point. Instead, it is far more complicated. Let’s check that by sending a traceroute request to facebook.com from my local machine.

Now that is not a point-to-point communication. The packets sent from my local machine route through different hosts before they reach facebook.com. This happens, with every packet that leaves my machine. On top of that, to avoid network congestion, the packets follow different routes.

Note: Check out this amazing animation for a better understanding of packet routing.

The crux of a MITM attack lies in the fact that the server will never receive the TCP packets directly from the client machine. Instead, the packets route through many hosts before they reach the server. This provides an attacker a chance to place themselves in the packet route and intercept the traffic.

Let us try to understand this with a simple example. Mallory wants to hijack Alice’s conversation with her bank over the internet. Mallory intercepts the traffic between Alice and the bank and establishes herself as the bank to Alice. The image below explains a modus operandi that Mallory could use for a successful attack. 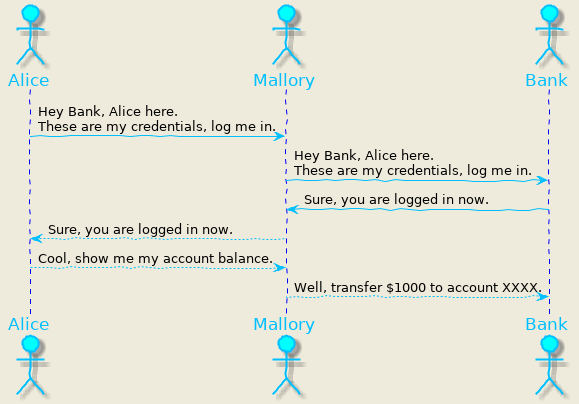 The primary goal of the TLS Protocol is to provide privacy and data integrity between two communicating applications. It follows a mechanism to establish trust between the server and the client (TLS Handshake). TLS handshake is an agreement between parties on the below factors:

Let us understand it in detail with the help of the below image. 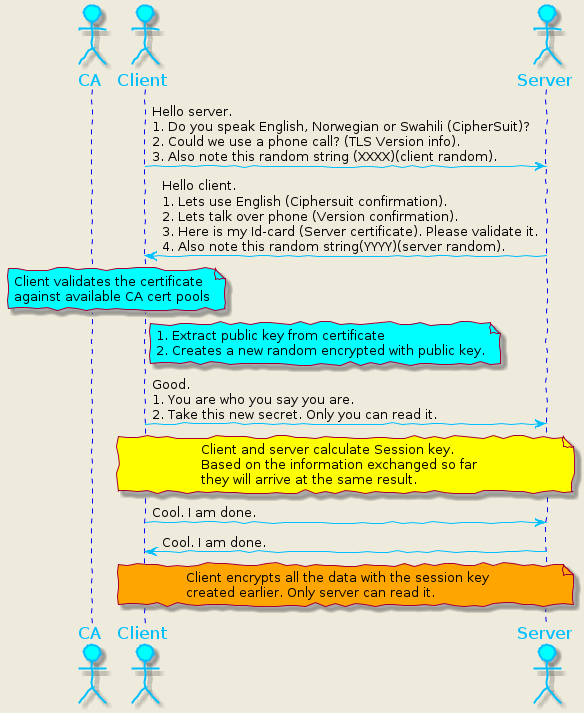 1.client-hello: The client starts the communication by sending a message to the server, with the following information:

2.server-hello: The server replies to the client with the following details:

4.generate pre-master secret: This is the final part of the handshake. At this stage, the client generates a new random number. It then encrypts it with the public key (received in the certificate) and sends it to the server.

5.calculate session key: Using the client/server randoms and the pre-master secret, both parties generate a session key. Interestingly, both sides arrive at the same secret key that can be used for encrypting traffic.

6.client-finished: The client sends a “finished” message encrypted with the session key.

7.server-finished: The server sends a “finished” message encrypted with the session key.

8.communication starts: Client and server can now encrypt the traffic with the session key with confidence that no one can intercept them.

Let us assume that the user connects to facebook via a web browser but over a secured TLS connection. If you see the details of the server certificate from facebook, you will find that it is issued by DigiCert Inc. DigiCert Inc is a trusted Certificate Authority, that issues certificates to domain owners after a thorough check. 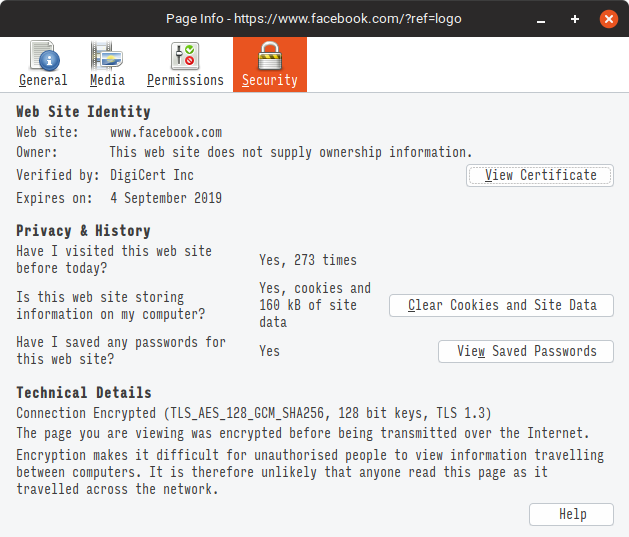 If you have DigiCert Inc’s public key, you can easily verify that facebook’s server certificate was cryptographically signed by DigiCert Inc. This way an attacker cannot sign a certificate himself and incorrectly claim to be facebook.com. When the certificate has been modified by even one bit, the sign will be incorrect and the client will reject it.

Can a CA make me trust any server they want!⌗

Yes, and that is where the trust comes in. You have to trust the CA not to make certificates as they please. When organizations like Facebook, Microsoft, Apple, and Mozilla trust a CA though, the CA must have audits; another organization checks on them periodically to make sure everything is still running according to the rules.

Well, there are a few notable incidents in the past where the CA has been compromised (check 2011 Diginotar attack in reference). In this scenario, the attackers can issue fraudulent certificates and try to harvest your login credentials. Another common scenario is large organizations, where network admins maintain their private CA pool valid within the organization and if you are using a work laptop, they add the CA to the CA list on your operating system.

In these cases, the attacker can present a fake certificate that will validate against the root CA. Let us examine this vulnerability using this example from Wikipedia. The attacker Mallory, wishes to intercept the communication and deliver a false message to Bob. 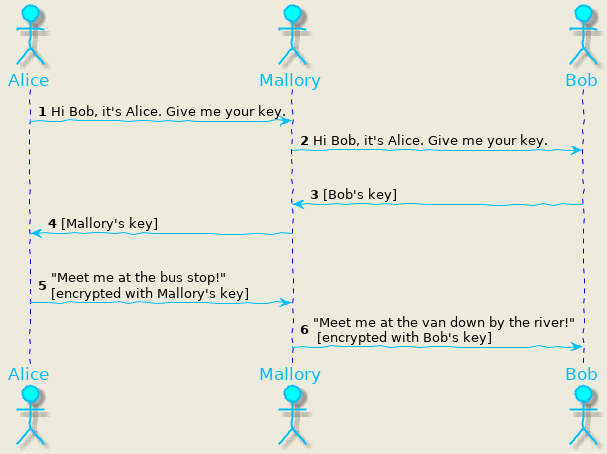 Since the Mallory’s certificate is signed by same CA as Bob’s, Alice will never notice the attack in progress. 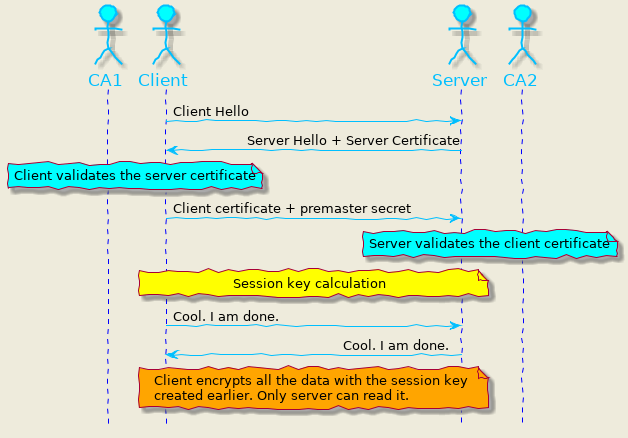 Using mTLS, both the client and the server can validate the identity of each other. This could be greatly effective in applications dealing with financial or health-related data. mTLS is also a very common authentication technique in microservice architectures. Combined with other techniques like multi factor authentication, strict transport security (HSTS), access controls, etc. TLS/mTLS could prevent a lot of security threats.

Although TLS and mTLS provide security to a large extent, they are no silver bullet to prevent MITM attacks. The efforts should be made to defend the infrastructure and network at all OSI layers. In this blog, we have investigated the TLS protocol from a theoretical viewpoint. I will follow up on this topic from a programmatic perspective, where I will explain how to implement TLS on the server and the client. I also intend to explain the algorithm (Diffie-Hellman in particular) for key exchange and how do both the client and the server arrive at the same secret key in one of the upcoming posts.